Thank you Mrs. Heimes for sharing your perspective about our fine school!  We are very proud of our children and their efforts.  GO IRISH! 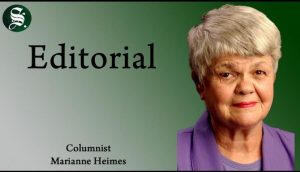 The past two years I have enjoyed writing a column about my sweet granddaughter Stella and her championship fifth and sixth grade basketball teams. Something new happened this year though — they came in second. There was disappointment of course but then, as we like to say, life went on.

Actually everyone — girls, parents, and grandparents — breathed a sigh of relief. Some of those games had been what we once referred to as barn-burners, resulting in a lot of cheering and otherwise carrying on which was pretty exhausting win or lose. And these girls all had other activities taking up their time.

But while they may have lost that particular championship game, it didn’t mean the girls were down and out. Not too long after, many of them were inducted into the National Junior Honor Society, an honor Principal Lynn Brown called the largest bestowed by Blessed Sacrament School. 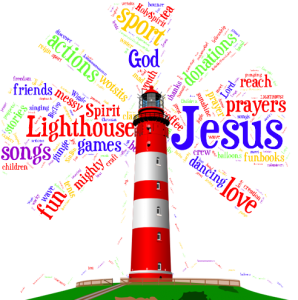 And recently the ribbon cutting ceremony for Blessed Sacrament’s new school was followed by their very first Leadership Day. Adults attending were treated to classroom visits showing how the Lighthouse Leadership Group was mentoring younger students, helping out the elderly and making a difference in other ways. And yes, many of the group were from that same basketball team. The Blessed Sacrament program dubbed “The Leader in Me” committed to develop skills by using the book, “7 Habits of Highly Effective People” by Stephen Covey. Briefly, the “7 Habits” are: Be proactive; begin with the end in mind; put first things first; think win-win; seek first to understand, then to be understood; synergize; and finally, sharpen the saw.

I’m sure the other basketball teams that participated in the tournament have their own good news stories to tell about their girls. They are all talented young ladies.

And lest we forget the high school group, last week the Savannah Area Republican Women were faced with a dilemma. Enough money for one scholarship with two equally deserving young women, both, by the way, named Caroline. President Marolyn Overton reached out and some generous members of the group made it possible for both to receive a well-deserved $1,000 scholarship.

Our young people today are getting smarter and smarter and giving more and more of their precious time back to the community. ’Tis indeed a wondrous thing for us to behold.

And I hope to be back in the stands cheering — and otherwise carrying on — next year.

Marianne Heimes is a freelance writer who lives on Whitemarsh Island.